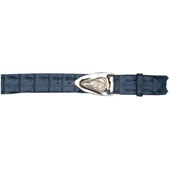 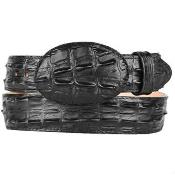 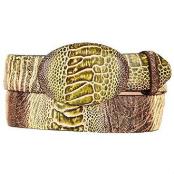 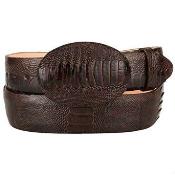 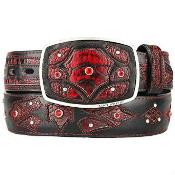 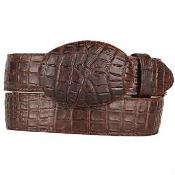 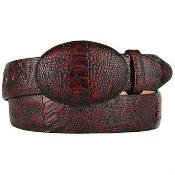 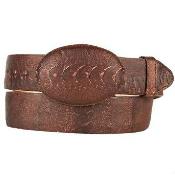 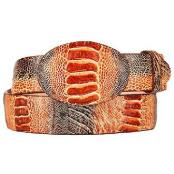 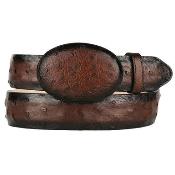 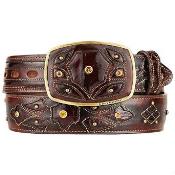 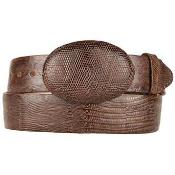 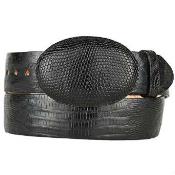 Belts were first introduced to the world during the Bronze age. Archeologists successfully excavated the remains of belt hook that was made from bone near Lake Urmia in the northeastern parts of Iran which clearly shows that leathers were worn by ancient men during the Bronze age. Belts gained worldwide popularity when military officers started wearing decorative belts along with their khaki uniforms during the 19th century especially during the first world wartime. It gave the wearer a fit and trim looks those days.

Tightly cinched belts were highly popular during Crimean Wars and soldiers standing from the western end wore such belts. Ultramodern belts with decorative features and embellishments started flooding the market only after 1920. History also reveals shocking information that military officers used varieties of belts for flagellation. They used belts for corporal punishments like whipping the prisoners of war, terrorists, and infiltrators.

During ancient times manufacturers used only cowhides for manufacturing leather belts. Only after 1990 reputed and branded belt manufacturers started using skins of eel, fish, shark, crocodile, and elephant and also deer. It is interesting to note that full-grain leather was considered as the highest quality cowhide. You can now find belts made out of braided leather, tooled leather, suede, and so on. Only after 1990, both men and women started wearing pants below the waist and from that point, onward modern Mens belt with multiple holes in it started coming out from branded manufacturers.

Royal kings, queens, and other elite sections started wearing belts made from gold, diamond, and other precious metals and made them popular. Politicians, celebrities, models, actors, and other elite men showcase interest in wearing varieties of formal Mens belt that has superior embellishments.

Men who follow dress codes strictly wear lengthy cowhide leather belts and enter the meeting hall with a dignified look. Tailors may commit mistakes while taking waist measurements and the bespoke dress pants that come out from their shops may be loose. You should always purchase dozens of leather formal Mens belt and store them safely inside the dressing wardrobe.
Both men and women equally wear leather belts that come with stylish designs, patterns, and details.

Types of the modern belt for men

When it comes to Mens belt there are wide varieties of choices and fashion men should analyze their personal needs before buying the best products from the shops. The belts that are creating a sensation in the world of fashion are listed below.

Byzantine belt buckle that was worn during the 6th century is still preserved safely in museums. It has a chape to the right and comes with artworks inscribed on it. There are varieties of buckle belts like frame-style, plate-style, box-out, box-frame, O Ring, and D Ring belts.
Western-style Mens belt gained worldwide popularity after they were shown in cowboy movies.

Horseshoe buckle Mens belt are worn by cowboys, horse riders, and jockeys. These belts come with inscriptions, motifs, letters, and quotes. You can find motifs of the horse, holy cross, and royal palaces, and so on the buckle. Wealthy and elite men wear a diamond-studded horseshoe belt buckle and uniquely showcase their status. The materials used for making horseshoe buckle are copper, bronze, silver, and even gold. Western cowboy big horse saddle horseshoe buckle is quite popular in western countries especially in northern parts of America.

You will get that look of a uniformed man when you wear a military Mens belt. It is imperative to note that military belts are slightly different from ordinary belts that you see in the market. It has a nylon webbing strap and comes in trendy colors like black, brown, khaki and green. You should wear military belts with jeans, commando pants, military dress pants, and khaki pants to get that subtle look. Adventurers, mountaineers, trekkers, and hikers wear military belts before taking part in such dangerous sporting activities.

Braided Mens belt is thinner and come with decorative artworks. Strips of different leather are wound together in these types of decorative belts. It comes with stylish braided details and has a tang clasp.

Bow belts are regular belts but the buckle will look like a bow tie. Usually, women wear these types of bow belts above frocks, cover-ups, and maxis. It comes in varieties of colors like blue, black, brown, and red.

Men who wear fashion apparel like jackets, dress shirts, jeans, and stylish shoes should complement it with a fabric Mensbelt that comes in a variety of colors.

Can I wear fashion belts for Weddings and other formal functions?

Bridegrooms can wear both formal and casual belts before hitting the wedding hall. There are varieties of wedding belts that come from the house of the branded manufacturer. If you are planning to create a statement and wonderfully showcase your status then turn your head toward the listed belts that come with stylish features and natural embellishments.

Bridegrooms will look grand and stylish when they wear this white-colored ostrich print belt that comes with a sexy silhouette. This fastest-selling belt comes with the following details.

This belt that comes with the best quality and rustic look is a formal accessory that goes well with dress pants, trousers, and tuxedo formal pants. It comes with the following details
- Italian genuine caiman Hornback belt
- Squared tip, an artisan silver buckle
- Hornback keeper

This belt that is constructed with eel skin has stylish buckles and holes. Masterfully crafted this product is popular in western countries especially in the USA. Belvedere Milan belt is lightweight and compact. It will hug your waist tightly and enrich your looks. It comes with following striking and impressive details.
- User-friendly strap
- Classic prong and frame
- Eye-catchy buckle

The anatomy of formal leather belt

The strap is a part that you drape around your dress pants. The frame is the metal part that you can see on the front portion and the endpoint is the part that you see in the corner of the belt. Prong is a needle or pin-like part that you insert inside the hole. Styles, designs, inscriptions, and embellishments have come a long back but the parts have remained the same right from the time of introduction.

When should I wear a formal leather belt?

Black leather belts fall under the category of formal accessories. If you are readying for wedding, evening dinner, engagement, and other formal meetings then you should wear branded black leather belts that comes from the reputed companies like caiman. When you are getting ready for semi-formal business meetings then you should tuck the dress shirt inside the dress pants and unfold the sleeves before wearing formal black leather belts. You should also wear matching shoes to get that striking look. Men who have potbellies can tuck their tummies and walk comfortably on the road when they wear belts.

Formal Mens belt is thin, softer, and sleek compared to casual belts. The width of the strap should be 1- 1.5in. Formal belts are crafted using cowhides. Casual belts are made out of different materials and have a larger buckle. The size of the strap must be 1.5 to 1.75".

Men can wear casual or dress belts for weekend cocktail parties, Friday informal get-together, and casual functions where there are no dress code restrictions.

Bikers, sportsmen, and others should wear leather belts along with black jackets and jeans and ride their bikes on the high streets. All eyes will be glued on your leather jackets, metallics, and belts. You can also wear black or brown formal belts with overcoats, raincoats, sweaters, and all other garments.

Mens belt plays an important role in the modern world. If you are holding top positions in a growing organization then you should wear suits or tuxedos if you are attending business meetings. You should complement it with black formal belts that come with a sleek and thin look. You can wear black formal cowhide leather belts with black, brown, gray, and red suits and tuxedos and create the best impression in the minds of others.

If you are planning to wear white or black dress shirts and complement them with white or burgundy dress pants or trousers then you should wear formal leather belts. You can bring out the fashionista and flaunt with the utmost style when you wear black or brown leather belts.

Can I wear casual or fashion belts to the office or workplace?

Men who regularly attend formal office meetings should wear formal black leather belts. If it is going to be casual or informal meeting then you can wear casual belts that come with exotic features on it. You should wear a fashionably decorated Mens belt for a birthday, outdoor party, social gatherings, and other such functions.

What type of belts goes well with jeans or chinos?

How to select the best leather and fashion belts from the shops?

Size and measurements matter a lot when it comes to formal or casual belts. You have to measure your hip sizes and jot down the measurement in a piece of paper. If you have a protruding tummy then you should buy belts from the big and tall category. Formal as well as casual belts come in varieties of sizes and shapes and you have to exercise caution while selecting the products.

Are there special belts for big and tall men?

Big and tall men should choose belt sizes like 42, 44, or 46 and buy best belts that come with stylish colors and embellishments. Six-footers and bulky men can wear lengthy leather belts to weddings, proms, and all other formal functions comfortably. It will hug the waist properly and tighten the dress pants quickly.

Men should choose sophisticated belts that come with a superior look and artistic engravings if they are planning to date a girl. They should always choose casual or fashion Mens belt if they are readying for weekend dating. You can also gift varieties of branded and quality certified belts to your dearest ones during their birthday or special occasions.

How to choose the best online fashion outfit shops?

You have to do maximum online research and survey and find the best online fashion shops that sell trendy formal and casual belts at best prices. Explore reviews, feedbacks, tweets, and testimonials posted on the sellers and affiliated websites before taking the next crucial decision. Do not believe in misleading advertisements or fall prey to marketing tactics. You should make all efforts to expand your knowledge and getter better insight into the formal and casual Mens belt that are creating positive ripples on the online channels.

Never buy fashion belts that are sold in the street side shops since they may not meet your exact expectations. You can also use the aggregator website for product and feature comparison. As always, a word of caution is that the cost price of belts varies from company to company and it is not universal. If you come across local fashion stores that sell trendy leather belts made from eel, alligator, crocodile and other skins then you should visit those stores without any further delay and inspect all the products physically before taking the next decision.