Categories
Every man at one point of his life would have been fascinated about some styles of clothing. This is a normal occurrence but only some styles stay relevant even after we pass through that phase. One such classic clothing style that has fascinated men and women regardless of their age is the cowboys style. Cowboys style have been very famous among the western men and have been repeatedly used in the Hollywood due to its great fan following. Woody the cowboy doll in the Toy Story franchise gathered a lot of attention of the children towards this style. Even the grown-ups have a fascination to this style. There are a lot of cowboy styles that you can incorporate into your daily lifestyle like the cowboy hats, cowboy boots or the duster overcoats. So today we are going to discuss about the famous styles and how they became to be one of the most sought after styles all over the world. 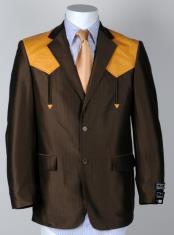 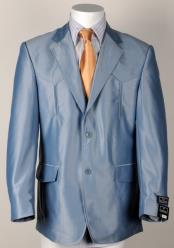 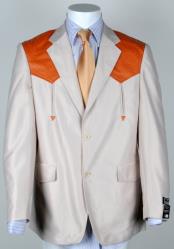 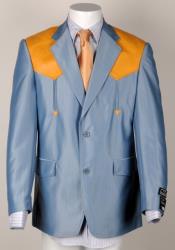 Cowboys and vaqueros are the two popular words that are linked to this style of clothing. Though the words are different it all refers to the occupation that started in a region of Spain by the 12th century. The people at these areas had cattle rearing as one of the major occupations. These cattle herders wore tight-fitting trousers, hats with low crowns, jackets and steady boots. These were the usual dressing styles and the extra garments that were included in the design may be the result of the varying weather conditions in the particular area. Cowboys, vaqueros and the gauchos while referring to the same occupation were different groups and thus had slight difference in their clothing style. But the common factor with all the three styles is that they love wearing flamboyant styles.


The vaqueros influence in the American style of clothing started when the Spanish arrived in the Mexico by the 1519. These people started their jobs by establishing ranches and stocked them with cattle. These cattle were mostly imported from Spain. These people soon trained the Native Indians in the Mexico to ride on horseback and on the basics of handling cattle. At the start of the 1700s this occupation of cattle rearing had spread along the country to a great deal. The places which first adopted this lifestyle are the ones that we now call Texas, New Mexico and Arizona. The native cowboys in these areas were called as vaqueros. Vaqueros is a word that has its Spanish origin meaning cow. These cowboys were well known for their roping skills for which they used braided rawhide. By the start of the 1769 there were about 21 Franciscan missions that were located from the San Diego to San Francisco. This establishment marked the beginning of the livestock industry that started on California. 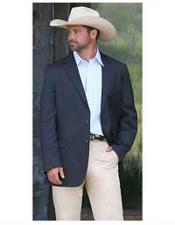 In the forth coming centuries the livestock industry greatly grew in California and the southwest. While the cattle rearing became one of the major occupations of that area there was still not much market for the end products that arrives from the cattle rearing like the meat, fur and hides. Thus by the mid 1700s these materials were transported to Mexico City by trains and they returned with supplies. Also by the start of the 1800s American ships started servicing the Californian ports and thus the trade started for these materials. This was the very first time that the ranchers and vaqueros of that area were given the opportunity of having trade in local markets for their animals. Therefore there were a lot of confusion on how to make this work and do it in the right way. The cattle were taken in large groups and the hard riding vaqueros accompanied them to control the herd. There is a saying that the vaqueros were well versed in the horseback so much so that they were seen to dismount only when they wanted to dance with pretty girls. This might be an overkill but the greatness of their riding skills were the key point. These vaqueros were known to ride ponies that were trained in a hackamore and they also had hand braided rawhide reatas which they swung in the big loop.


By the start of the 1800s people started realizing the activities and the profit involved in cattle rearing. Thus the ranching which was originally a strictly Hispanic profession soon were adopted by the Americans who started pouring into the Mexican lands. These men settled in the Mexican lands, intermarried with the old Spanish ranching families. These men soon adopted the vaqueros style and followed it. By the mid 1800s the gold rush began and thus more and more people started coming into California. This meant that the trade flourished and there was an increasing demand for the meat. 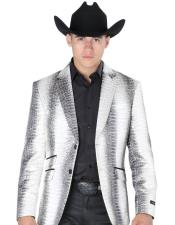 By the late 1800s the livestock industry has grown a bug deal and the vaqueros soon found work in various parts of the country. These men carried with them the equipments and the techniques involved in the particular job. While the vaqueros who reached places like Oregon, Nevada and Idaho remained to be strongly Hispanic the ones in the Texas and other areas adopted many styles of the Mexican vaqueros. They the style soon spread in various parts of the country where the cowboys and vaqueros travelled. The details and the techniques used by the vaqueros and the cowboys are still being carried till this day as a legacy.


Even in the modern livestock industry you can still see the influence of the vaqueros and the cowboys to a great deal. The small details like the cinching of the saddle on the horse, or strapping on of chaps have the Spanish detailing to them. In the Nevada ranches and the Pacific coast the buckaroos even today carry with them long ropes and are known to use spade bits and spurs that are mounted with silver.


If you are a person who loves the vaqueros and cowboys style then you would have come across a term called "traje". Traje is the Spanish equivalent of the suits. Nowadays there are a lot of styles in the /mens Western traje that has gained the attention of the fashion loving people. The unique designs of these mens Western trajes stand out a great deal when compared to the usual designs of the suits that we have now. These western traje are known to come in different colors that are not usually available with the normal suits. As we said before the vaqueros were known to love the flashy and flamboyant styles that made them stand out from the crowd. Thus the /cowboy Western traje vaqueros style that we have now also is sure to make you look distinct and stylish when compared with the people in normal suits.


One of the most important elements in the / mens western style traje vaquero is the western shirt. These type of western shirts are characterized by the presence of the of stylized yoke that is provided in the front or back of the shirt. They are usually made of chambray, denim or tartan fabric. These /western type traje shirts are intricately designed with piping and others like embroidered rises and contrasting yokes. Another famous vaqueros style that is still dominating the market of the younger generation is the /mens western fringe jackets.


While the details and the techniques of the vaqueros are still considered to a legacy in the cattle rearing industry the clothing of the vaqueros have also gained a lot of attention during the years. The clothing that the vaqueros wore was similar to the ones that were worn in Spain with some minor changes. While the major details like the bolero jackets, sashes, spurred boots and low crowned hats remained the same in the North American Southwest regions a new type of dressing evolved. These clothes were chaps that were made from the cowhide slabs that were hung from the saddle. These materials were provided to be worn folded back so that it can easily cover the riders leg. This was known to be the earliest forms of chaps and was one of the most practical steps when it comes to vaqueros protective wear.


By the end of the 16th century the vaqueros were known to wear leather jacket which were paired with a sash and knee breeches that were known as sotas. These sotas were known to be made from leather and were worn with long drawers that were visible under them. Also they also wore with it leather leggings and buckskin shoes. With time the clothing of the vaqueros also changed a great deal conforming with the technology and the culture.


By the mid 19th century, the vaqueros upgraded their clothing style with wide brimmed low top hats that protected them from the adverse weather while riding. Also they also wore short jackets that did not hinder their riding process and thigh high chaparreras that they tied with the belt around the waist. These jackets were worn over the trousers and paired with boots and spurs. The chaparejos style that the 21st century vaqueros wear resembles the ones that were worn about 400 years ago. Nowadays the standard style of the vaqueros is to go with hats that has wide brims and a high crown that is trimmed with hatband. These accessories are usually paired with a ready-made shirt and pants. When it comes to the vaqueros traje style they are also available with details like / notch lapel western traje vaqueros and such. 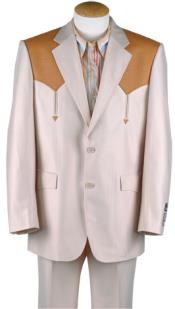 The western wear of the men which has its origin from the vaqueros style after some time started gaining a lot of attention from other people. They were considered to be a cool style and the form of their lifestyle also greatly fascinated the people. Hollywood understood the style and soon there were a lot of films that came out which were based on the western style of living. As expected people greatly loved watching the lifestyle and the interesting clothes that the people wore on screen. At these times the / 4 button western traje vaqueros was a famous style while nowadays / 1 button western traje vaqueros is preferred. While the demand for the particular style grew the clothing market was also fast to catch on with the demand. They soon started manufacturing the vaqueros styles of outfits that came out in different designs. This soon got the attention of the people and they started adopting the designs in their daily lifestyle.