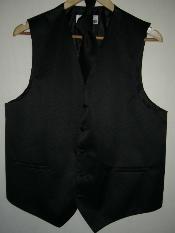 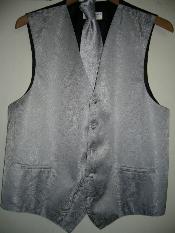 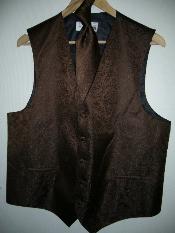 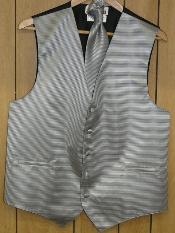 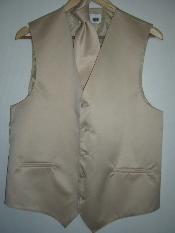 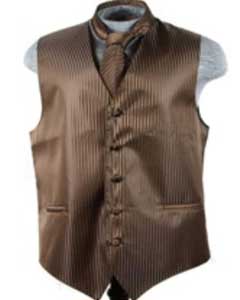 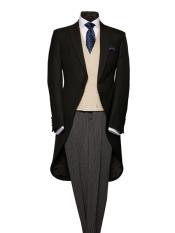 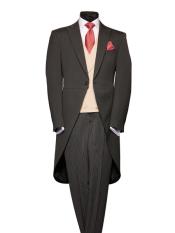 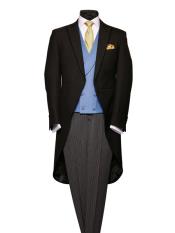 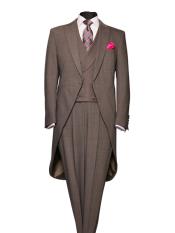 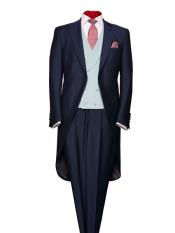 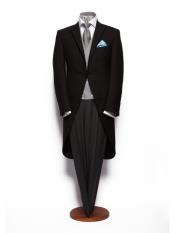 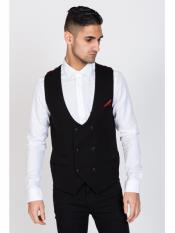 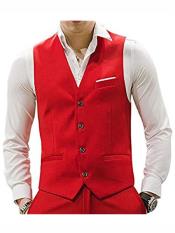 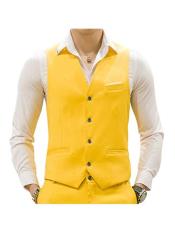 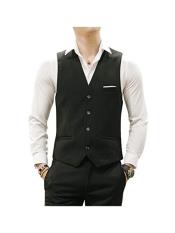 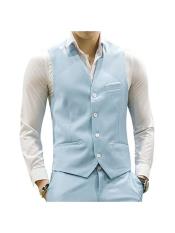 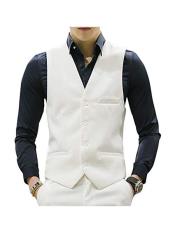 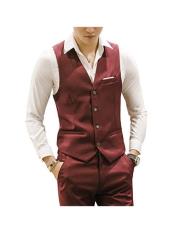 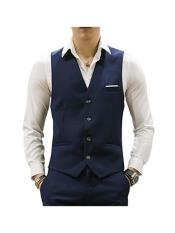 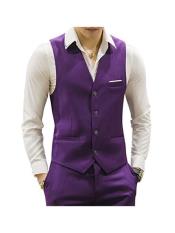 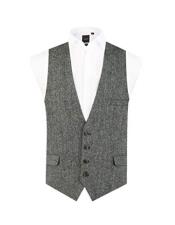 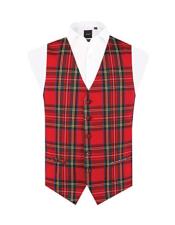 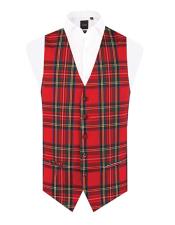 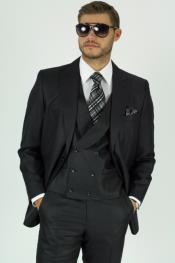 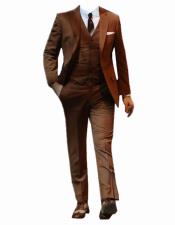 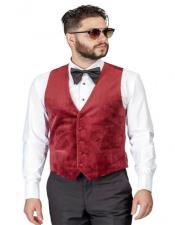 It is no secret that mens fashion have become far more accepting than it was before. Being the one with a rich history it has fortunately refused to cling on to the rules chartered out by our ancestors and keeps on evolving everyday. But this does not mean that the present generation totally disregard the olden styles. They just know what is good and what they need. Proof to that is the blowing up in popularity of the morning suit that David Beckham wore to the royal wedding of Harry and Megan. Though the tradition of morning suit was almost gone the fashion world fell in love with the style once again and revived it. It only took one man and one day to bring back the style but the point to note is that the fashion world however trendy it may become will never turn it's back on a good style.

One such forgotten fashion that is starting to see the light in recent times is the mens waistcoat. You may have already noted the sudden increase of the people starting to don on the vintage fashion and also adopt it in a way that conforms with the recent trends. It is good to see the garment make its comeback since it is one among the few that would make a man look exceptionally good. This is because of the clean lines and the beautiful structure that the garment offers to the masculine frame. The additional benefit with the garment is that it suits men of any body type be you skinny, muscular or a gym junkie. Also it helps that the mens waistcoat instantly helps you look dressed up without much effort.

As we said earlier the mens waistcoat fashion is starting to roam the streets and this may be because of the adaptation of the style by the fashion designers letting their models walk on the runway with innovative styles of mens waistcoats or maybe due to beloved fashion icons like Ryan Reynolds rocking the fashion like there is no tomorrow. Now before you delve into the style you will have to first think about what suits you and those in which you will feel comfortable to step out. You are never obliged to go with a fashion just because it trends and if it is not working for you then it is not. Select your own style and make it work for you. As said before the fashion world has become more accepting and this means that there is place for all regardless of your choice of style.

Now coming back to mens waistcoats, traditionally they are worn as a part of a suit and the suits complete with a shirt and a waistcoat are called as three piece suits. As for many of the mens garments the waistcoats also have their own story of origin. It is said to be created by King Charles II somewhere between 1630 and also made the mens waistcoat a permanent fixture in the clothing of a fashionable men. The king's intention was carried out instantly and soon the waistcoat fashion picked up. The term waistcoat was because of the fact that the cutting of the cloth used for this garment ended at the waist and the jackets and coats at that time had a much longer cut than that we have now. During this time the fabrics of the suits were of high quality and finest ones like silk and lace and also were adorned with many elaborate designs. The colors were also bright and eye catching and the waistcoat being at the centre of mens clothing received more attention to detailing.

With the evolution of fashion, the garments soon became simple and the designs subtle. Mens waistcoats also followed the same dropping their gaudy style. By the 19th century the waistcoat fashion was greatly picked up and there was even a time when not wearing a waistcoat was to be excused. It by then have become a staple part of mens wear. The design of the mens waist coats  also changed with their lengths becoming shorter and the fit tighter. They for some time were used like corsets for men for sucking in the extra inches on the waist portion.

The mens waistcoat fashion was sturdy and going well into the 20th century. The heating system at that time was not up to point and people used waistcoat as a extra layer to keep warm even wearing them indoors in the 1920s and 1930s. Also the waistcoats were deemed as a staple since they were used to hide the braces from the outside view since they were considered to be as inner garments. Ironically the braces was the one that marked the waistcoats downfall. The braces were replaced with belt and thus waistcoats were not required. Also the war time meant that the raw materials were rationed and therefore the usage waistcoats started to dwindle out. This British fashion after that made its comeback now and then like in 1970s the leather and denim waistcoats became the sensation. Also in 2011 when some very famous mens fashion designers revived the fashion by donning their models in the vintage fashion.

Again as we said before the mens waistcoat fashion has struck the young people and these men have started to realise the sartorial benefits and the elegant look that the garment offers thus making them enter the market again.

All that being said if you are thinking about trying on these waistcoat fashion there are lot of options for you choose from than you may think to be. You can choose the type that works for you the best and also the one that works good with your existing wardrobe. We say this because in recent trends the waistcoat fashion is not only limited to three piece suits and also extends to casual fashion. Thus making a right choice while purchasing the garment helps you get the most of the garment and also the money you spend on it.

The main thing that you will have to note while purchasing a mens waistcoat is its fit. The garment only looks good when it is perfectly fitted and a ill fitting one can cause you more harm than good. Also the main purpose of this garment is to accentuate and  show off your form and there is no use in it if it is too loose or too tight. Therefore it is important that you spend some time on getting the right fit. So how to find whether the waistcoat fits you properly or not? There are some easy identification for that and verifying them properly helps you a great deal in finding the perfect fit.

First of all the body of the mens waistcoat should sit close to your body and create a flattering silhouette since it is the slimmest garment in menswear. A well fitting waistcoat should skim the body of the wearer without it being too tight or too loose. For this you can button the waistcoat fully and check the area of the fastened region. If you see strained X lines because of the pulling at the sides then it means that you should get a bigger size. But if the waistcoat does not properly skim your shirt then it means that you will have to get a smaller size.

Apart from the torso fit another important thing that you will have to note is the waistcoat length. The main purpose of the mens waistcoat is to create a streamlined look from shoulder to toe and not let the shirt fabric show when the suit jacket is buttoned. So to properly do this, the waistcoat should be of length so that it overlaps the waistband of your trouser slightly. Usually the waistcoats are worn with their last button unbuttoned so that there is enough freedom for hips while sitting or moving. The length of the waistcoats may sometimes vary depending on their type. There are single breasted and double breasted styles of waistcoats like in suit jackets and it is better to get the opinion of your tailor on it.

As for the number of buttons on the vest it is a matter of personal preference. You can select the number depending on your body type and height. For example taller gents can go with more number of buttons like five buttoned or four buttoned waistcoat. But if for shorter gents the best choice is to go with less number of buttons since the V neck thus created when the waistcoat is buttoned gives the man the illusion of elongated upper torso which matches the lack of those extra inches.

The neckhole or collar of the mens waistcoat also greatly matters as it is for jacket and overcoats. As for the waistcoat the collar should properly sit around the back of the shirt collar for a perfect look since this is what determines how the fabric will grape over the body. As for the collars of the waistcoat there are different types in it. While some with come with collars some come in sleeveless models. If there is a presence of collars then it may be either standard ones like peak or notch lapels or the curved one like shawl collar.

Also the neck portion of the mens waistcoat comes in different models. Most of the mens waistcoats that come as a part of any three piece suits usually have V neck. As said earlier you can select the extent of which the V line can plunge by selecting the number of buttons on the waistcoat. As for the waistcoats that are worn for formal events like with tuxedos these may have a U neck line on it. These are considered to be fancier than the V neck models.

As for the material of the waistcoat they come in all available suiting fabrics. For formal use like for office settings and such you should go with wool or cotton waistcoats since they look elegant and the same time are comfortable. For special events like weddings or family parties then you can go with dressier picks like silk and velvet waistcoats that make you look distinct and can turn heads all in a good way. Apart from this the waistcoats are also available in linen, tweed and even quilted ones.

While selecting the waistcoat another important detail that you will have to keep in mind is the color of the waistcoat. Make sure that you select the color of the garment based upon its purpose that is how you are intending to use it. If you are thinking of using them only for formal purposes then go with classic designs and classic colors like black, charcoal and navy that properly suits your suits collection. But if you are more fashion forward and thinking of using it more in a casual manner like pairing them with jeans or chinos or wearing them with contrasting trousers then you can go with lighter and brighter colors like grey, blue, beige, brown, gold, green, red and shades of it. Also you can incorporate patterns into the vests if you are confident enough the pull off the look. Patterns like herringbone and checks look good on these garments given that you pair it properly.

The quality and the fit is what matters when. it comes to waistcoats. In our online site you can see a large variety of waistcoats and even rare designs like zipped waistcoats and waistcoats with hoods. You can select that style that suits you and then check you size with the size charts provided ( if in doubt get measured by a nearby tailor ) and then order your pick.