White suits for men, though not that usual as the other color shades, but it is something that turns the appearance of the wearer to be elegant & eye-catching as it is completely different in its appeal from the suits of other hues. Suits shaded in whites are designed for those men who aspire to look classy & sober. It imparts greatness upon the look of the wearer to the extent that he can be distinctly spotted amidst the crowd.

The combination of white suit black lapel is the way to ice the cake. The lapels refer to the collars of the suit coat. The styling of the lapels is one of the most prominent features of it. The lapels come in three distinct styles like the notch lapel, the peak lapel and the third being he shawl lapel, which is basically the combination of the previous two. The lapels are one of the attributes that delight the decor of the suits. The lapels, irrespective of its styles, majorly come in matching colors as the shade of the jacket. However, the contrast shading is also one of the major ways to make the styling of the suits.

Discussing on the contrast features between the lapels and the jacket, nothing would make a better sense that the classic contrast as in white and black. The white suit black lapel portraits a classic and ever-relevant trait that makes the appearance of the wearer distinctly impressive. This contrast features accentuates the exquisiteness of each other and the appearance of the wearer gets a magnificent glamour, over all. 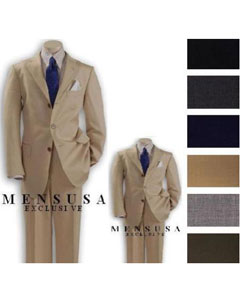 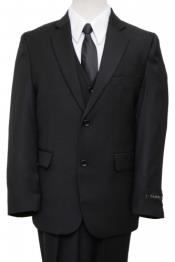 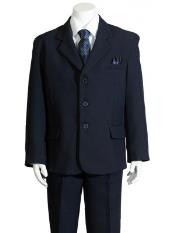 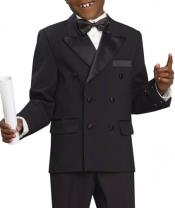 The suiting style in men comprises of several diligent forms of design each exclusive and exquisite upon its own merits. However, the contrast styling between the lapel and the jacket is used across all of these forms that justify its universality and popularity. This contrasting feature is not restricted upon the usage upon any specific dressing needs. The white suit black lapel combination is as delightful for the formal dressing as it is for the casual ones. Thus, it can be said that this contrasting feature makes formal dressing highly stylish while it imparts a sobriety and sophistication over the casual dressing approach Looking for the white suit black lapel, the buyers would never face a dearth in terms of variations.

The lapels may carry several forms of stitching or embroidery works upon it that further elevated its show. The color shading and the contrast features makes it the perfect attiring across arrays of occasion and irrespective of the stroke of the clock. These suits look as impressive in the daytime as it would be after the dusk. Thus, it can be said that these suits had given the modern fashion conscious men a dressing concept that is capacitated to make their appearance absolutely perfect, no matter how they use it. 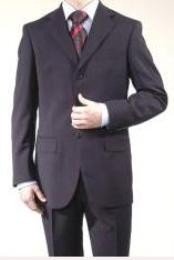 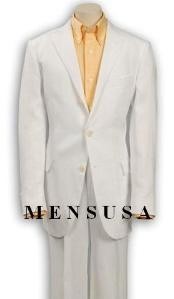 The offers like suits for sale had poisoned the fashionable men to makes the suits an inevitable part of their fashion pursuit. Suits had been the most stylish of the attires for men, though the higher prices had restricted its affordability. However, the suits for sale schemes had melted the ice and now men can avail the most exotic of the suits for the most reasonable prices.

Over the passage of the time, men's suits had manifolded it with great features that make the domain all the more dynamic and robust. The aspects like contrast shading between the lapels and the coat, the sharpness in the cut of the suits had given the stylish men the solution to make their appearance all the more stylish and impressive. These days, white suits are one of the most popular suiting options that make diligent dressing across several of occasions, across any given point of the day or night. The sale offers from the online stores had made the impressive suits available within affordable budget for the mass.